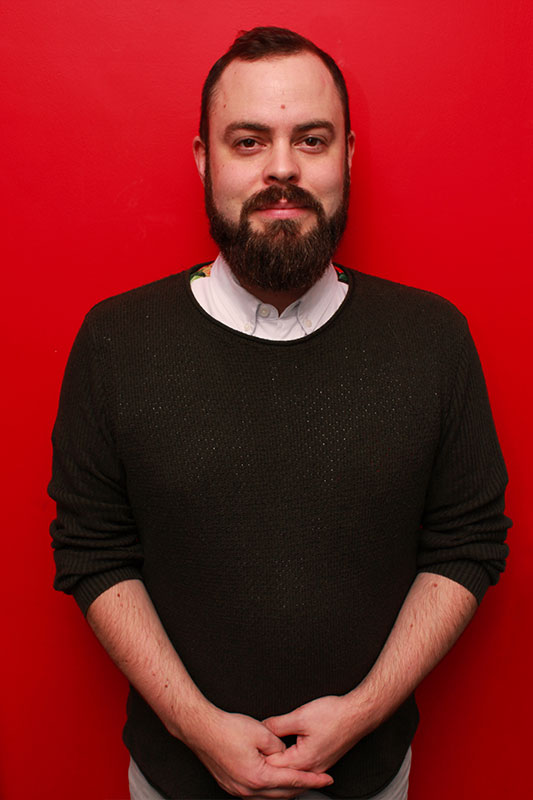 James is a professional multi instrumentalist, music producer and sound engineer from Blackpool. He is the bass player for eclectic Ska/Hiphop band, Sonic Boom Six, lead guitarist for shoegaze/grunge band Downers and producer/performer in The Karma Party. He works as a sound engineer/producer from Berlin Studios, Blackpool. James has had a love of music from a very early age, and began studying trombone with Terry Reany at the age of 11. Along side graded education, James became a commited member of brass bands and youth orchestras, and played many shows around the country and internationally.

At 12, James began studying guitar as an extra curricular hobby which soon became a regular outlet for performances, in school and out. At 14, he made his first record and continued to progress professionally with an audition for the BBC and by putting on and promoting local shows. Through high school, James took graded exams on the Trombone and music theory where he passed grade 5 with distinction. He also began studies towards grade 8 guitar and trombone which continued into higher education. James’ love for music and performance continued throughout higher education. He took on lead roles in musicals, made several bands and began studying music production and sound engineering, and continued performing in brass bands, big bands and jazz groups. Following 6th form he enrolled at the Academy of Contemporary music (ACM) where he studied popular music production. James’ musical endevours have taken him all over the world. From touring Europe and America, to playing some of the Uk’s most popular festivals (Reading/Leeds, Download, Glastonbury, Sonisphere and many more). His broad experience from the stage to the studio makes him an invaluable colleague, mentor and tutor.