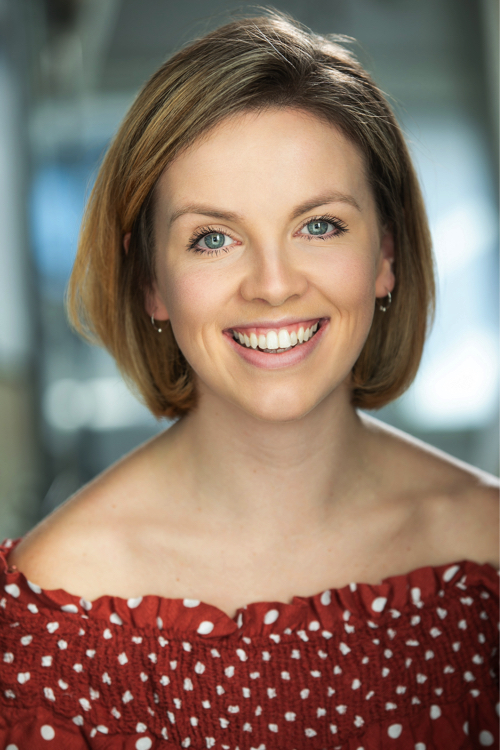 Essex-born Soprano Jessica Hope began her studies at the Royal Northern College of Music graduating in 2017 with first class honors.

Jessica has performed a variety of operatic roles including Susanna (The Marriage of Figaro) and Musetta (La Bohème) both for Flat Pack Music. She was delighted to make her debut at Buxton Opera house last year playing the role of Maria in Bernstein’s West Side Story directed by Paul Kerryson. She also performed the role of Adele (Die Fledermaus) in a semi staged production for Bury Choral Society and has recently appeared in the ensemble of Sweeney Todd in a production directed by Roxana Haines. Jessica is also on the extra chorus list for Götenburg Operan.

During her studies at the RNCM, Jessica played the role of Mae Jones in the college’s production of Kurt Weill’s Street Scene. She was also a chorus member for Lehar’s The Merry Widow and Mozart’s Cosi Fan Tutti. She also appeared in various operatic excerpts, most notably Rowan in Britten’s The Little Sweep and Paminia in Mozart’s The Magic flute.

She has participated in masterclasses with distinguished singers such as Susan Bullock, Roderick Earle, Rosalind Plowright and Joan Rodgers. In June 2017 was awarded second place in the Essex Young Musician of the Year.